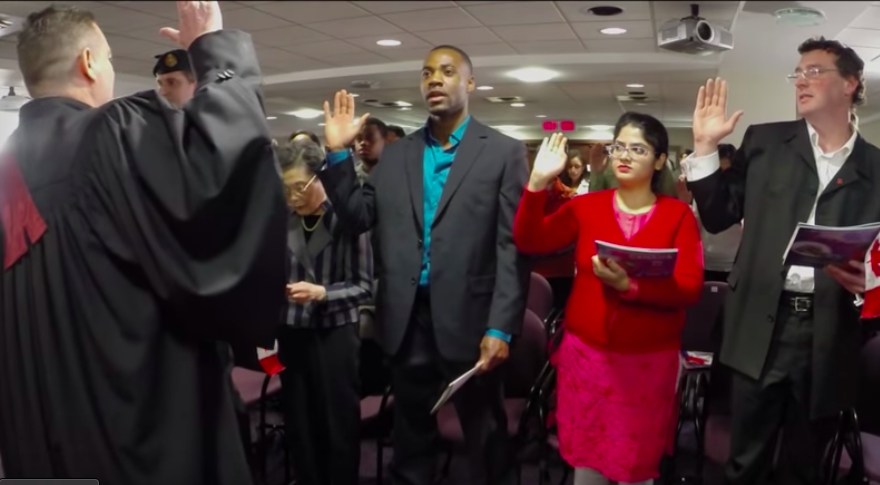 The oath that all new Canadians recite before receiving their citizenship will now include references to the rights of Indigenous Peoples if proposed amendments to the current Citizenship Act are passed by Parliament. The Minister of Immigration, Refugees and Citizenship, Marco Mendicino, has introduced a Bill to amend the Citizenship Act to change Canada’s Oath of Citizenship.

The proposed language for the revised oath adds references to the Aboriginal and treaty rights of First Nations, Inuit and Métis Peoples to the current oath. If accepted, the oath would read as follows:

“I swear (or affirm) that I will be faithful and bear true allegiance to Her Majesty Queen Elizabeth the Second, Queen of Canada, Her Heirs and Successors, and that I will faithfully observe the laws of Canada, including the Constitution, which recognizes and affirms the Aboriginal and treaty rights of First Nations, Inuit and Métis Peoples, and fulfil my duties as a Canadian citizen.”

Indigenous Peoples are 5% of Canada’s population today – that is more than 1.6 million people. Over the years, there have been tremendous efforts to restore the dignity of the indigenous communities around Canada.

“The Oath is a solemn declaration that all newcomers recite during the citizenship ceremony. With this amendment, we will take an important step towards reconciliation by encouraging new Canadians to fully appreciate and respect the significant role of Indigenous Peoples in forming Canada’s fabric and identity,” says Mendicino.

The bill responds to the recommendations of the Truth and Reconciliation Commission, which was active in Canada from 2008 to 2015 with the purpose of documenting the history and lasting impacts of the Canadian Indian Residential school system on indigenous students and their families. The Commission’s final report states: “Precisely because ‘we are all Treaty People’, Canada’s Oath of Citizenship must include a solemn promise to respect Aboriginal and Treaty rights.”

Minister of Crown-Indigenous Relations, Carolyn Bennett, says the Commission’s calls to action are an important roadmap for all Canadians. “From coast to coast to coast, orders of government, civil society, education and health-care institutions, and the private sector are demonstrating their commitment to this important journey as we build a stronger Canada together.” She adds, “The change to the Oath of Citizenship introduced today responds to Call to Action No. 94 and demonstrates to all Canadians, including to our newest citizens, that Indigenous and treaty rights are an essential part of our country.”

The Oath of Citizenship bill has been introduced in Parliament and got a first reading. It must get a second and third reading and receive royal assent before becoming law. 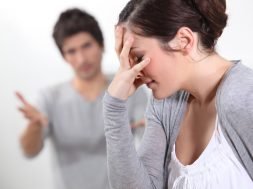 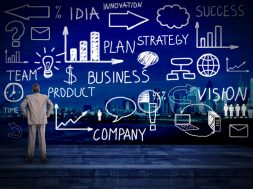 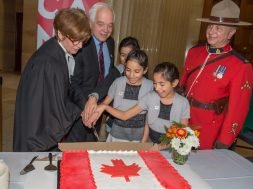