Call out racism! Diversity and inclusion experts urge immigrants to speak up 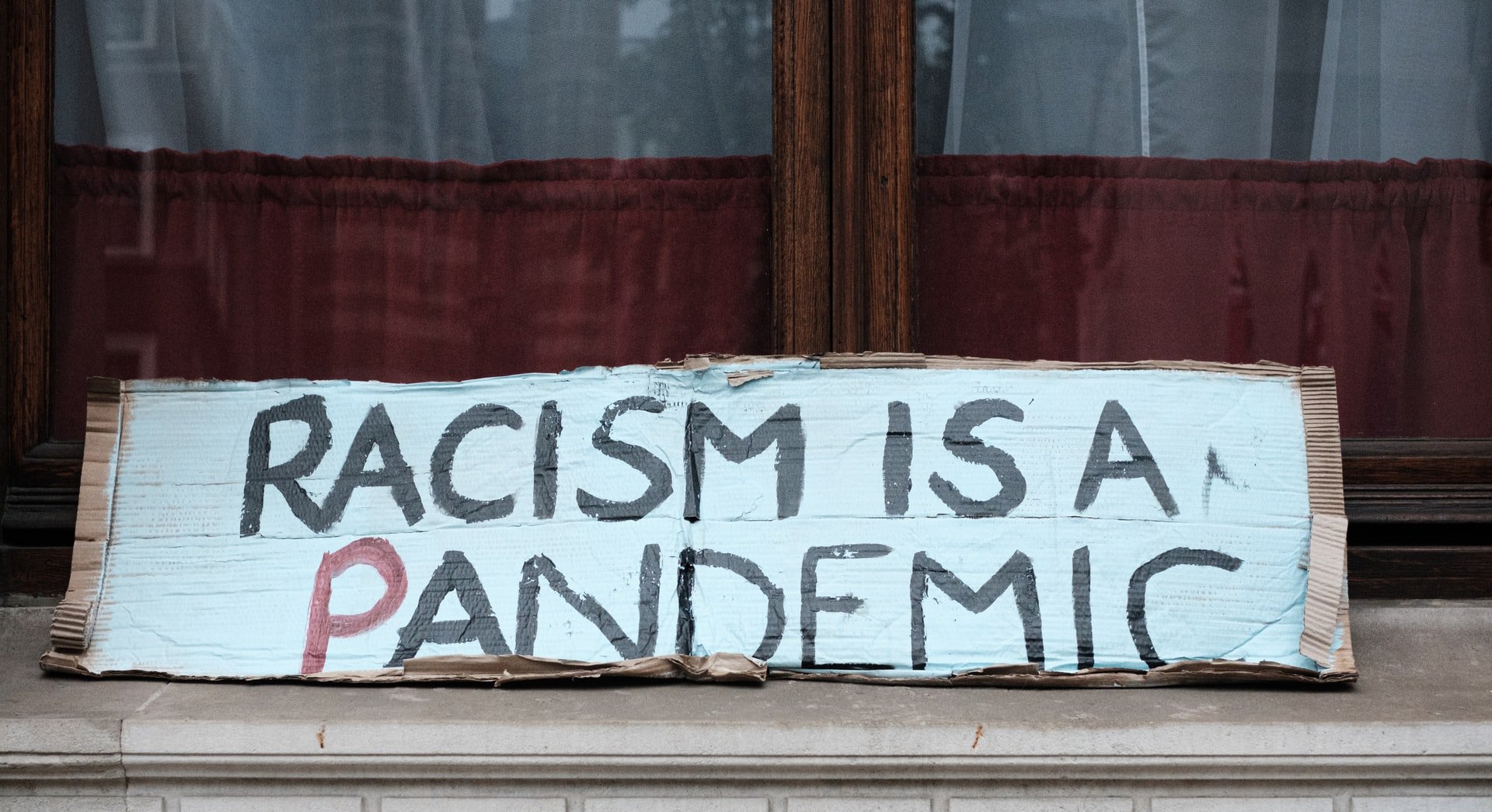 A slogan against acts of racism during the pandemic. Photo by Ehimetalor Akhere Unuabona on Unsplash

By Shruti Dargan (with inputs from Valentina Barros Escobar)

Racism, systemic bias, and discrimination are daily lived realities for many people and communities across the world. Close to home in Canada – a country that’s celebrated for its multicultural diversity – a lot still needs to be done towards building a more inclusive home for all, especially in light of anti-Asian discrimination that’s on the rise.

According to the results of a study by the University of Toronto, the reported anti-Asian racist incidents in Canada have more than tripled in the last year. Another report found that 1,150 racist incidents were submitted to the Chinese-Canadian community and advocacy groups across Canada between March 10 last year and the end of February 2021. More recently, the Journal de Montreal newspaper caused outrage by running a photo of Prime Minister Justin Trudeau in Indian attire with a COVID-19 story that said, ‘The Indian variant has arrived.’

Inching towards inclusivity but there’s a long way to go

“Every year, Canada welcomes hundreds of thousands of immigrants but there’s a long way to go when it comes to their integration into our society and workplaces. Although we are slowly and incrementally making moves to be more accepting, recent events – especially with respect to the anti-Asian sentiment regards to the pandemic and the Journal de Montreal front page incident show that as a society, we have quite a bit of work to do,” says equity, diversity, and inclusion (EDI) consultant and speaker Dipal Damani.

“Now, more than ever, and not just during Asian Heritage Month (which is observed annually in May), we need to raise awareness of the challenges faced by these communities across Canada and to confront and denounce all forms of anti-Asian racism and discrimination,” reads a message on The Government of Canada’s website, along with suggesting the following ways that residents and citizens can contribute towards change:

The diversity experience varies across Canada

Canada is multicultural, but it’s important to keep in mind that diversity isn’t equally spread across the country, says Shauna Cole, an HR strategist and educator who helps professionals excel during career transition and beat hiring bias.

“The diversity experience can vary really greatly depending on where you are in the country. You will find pockets where it’s pretty rare to have diverse communities coexisting whereas, in a big city, you’ve got all different races, colours, gender preferences… there’s awareness. But there is a general desire to do better,” she says.

While there is support available for victims and racialized communities, it’s not uncommon for the new immigrant population to either be unaware of their rights or the resources available. Or, to not speak up fearing standing out or with concerns related to their status in the country.

“Oftentimes, it’s not overt racism, it’s microaggression instead,” says Damani. Immigrants to Canada can be in a situation where they face bias or prejudice in the form of microaggression. “It’s more like a comment in passing. If what someone said to you didn’t sound right to you and made you feel awkward, it was probably microaggression. Listen to your gut. Whether it’s hidden or overt racism or any degree of it, call it out. You might not say something at that moment and will go home and then realize that you should’ve said something. That’s okay. At least, the next time, you wouldn’t hesitate. Tell the person that you don’t appreciate what they said and ask what made them speak to you that way. But remember, it isn’t your job to educate them that why the comment was racist. If you’re not one to confront, talking about your experience on social media is another option – it will draw attention to the issue and encourage others in a similar situation to speak up as well,” she adds.

Cole’s advice to newcomers experiencing racism is to reach out to someone that you’ve established a relationship with in Canada. “It could be an instructor at school or a trusted colleague or a manager or your mentor. Talk through the situation with them before you take any other action so you can make a well-informed decision,” she says.

Combat racism & discrimination by reporting it

For grave matters, consult the concerned authorities on how you can take action. If you’re experiencing racism or discrimination at work, raise the issue internally within the organization with your HR. Look into this toolkit to combat racism & discrimination in the workplace, and reach out for external help when required. One can also make a complaint with the Canadian Human Rights Commission.

Found this article useful? Share it with someone who needs it.